Welcome to the Kekkaishi Wiki, a Wiki dedicated to everything about the Manga and Anime Kekkaishi that anyone can edit. This Wiki aims to archive Kekkaishi and all related material. After you've read our policies and manual of style, please help us by creating or editing any of our articles! We currently have 92 articles and climbing. Please see our search tips if you can't find anything.

Five hundred years ago, as legend goes, a feudal lord was attacked by demons wanting to retrieve his mysterious inner power to take over the human world. The famous mage, Tokimori Hazama, was called upon, and with his 2 students, managed to save the whole land. But they fell ill for three days, and upon returning to the manor, found everyone inside the house dead, including the lord. The lord's power was also buried with him at the site of the Karasumori manor.

In the present day, Yoshimori Sumimura and Tokine Yukimura, heirs of the clans of Hazama's assistants, became the kekkaishi protecting the land and the power. They use a technique called Kekkai, a form of magical barrier, used to capture and destroy Ayakashi that are drawn to this land. Any demons that come near the power will become stronger and therefore Yoshimori and Tokine are to guard the land from intrusion of the Ayakashi.

But some of the demons form a powerful organization to take over that mysterious power. Yoshimori plans to destroy not only the demons, but also to gain the power to completely save the world from being controlled by demons and seal the power of Karasumori. To do that, he first needs to know what the power actually is, and also strengthen his kekkai skills.

Tokine Yukimura (雪村時音, Yukimura Tokine) is a human with Kekkaishi powers living near the Karasumori site. She is the deuteragonist of Kekkaishi, as well as the only child of Shizue Yukimura and late Tokio Yukimura. She attends Karasumori Academy with her childhood friend and neighbor Yoshimori Sumimura, a Kekkaishi from the Sumimura Family.

Tokine is cool, calm, and collected. She takes her job as a Kekkaishi very seriously, and has viewed Karasumori as a highly dangerous place for much of her life. Her hobbies include studying and occasionally hanging out with friends. Tokine is constantly impressed by the power and potential Yoshimori has, but is constantly frustrated by his poor control and lazy attitude, as well as his habit of putting himself in danger unnecessarily. She cares for Yoshimori and often protected him many times when he was younger. She also likes to tease him and isn't aware of his feelings for her. However, as the story progresses, she begins to show clear signs of affection for Yoshimori, though this is typically expressed through Tokine bursting into frustrated tears while she verbally or physically attacks Yoshimori after he does something incredibly dangerous. Read More.... 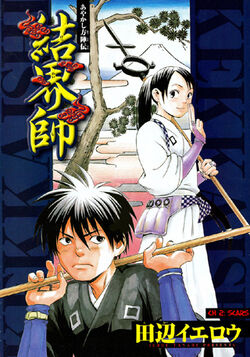 The chapter begins at Karasumori Academy, labeling the school's various sections (including a low intensity anti-Ayakashi barrier). Yoshimori and Madarao are chasing down a weak Ayakashi, but Tokine catches it first, and Yoshimori runs headlong into the Kekkai. Yoshimori sleeps in the next morning, using a Kekkai around his bed customized to prevent only his grandfather from entering and waking him up. Shigemori scolds Yoshimori at breakfast for wasting his talent, but Yoshimori replies that he's only interested in getting stronger. Shigemori demands to know if Yoshimori "defeated" Tokine (caught the Ayakashi before her), and Yoshimori says it doesn't matter (in other words, he lost). Read More....

Episode:25 Tokine and the Prince 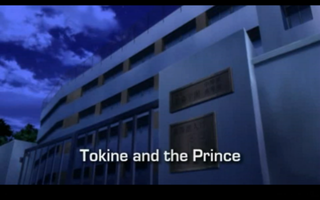 The episode begins with Tokine and Kirara Kawakami discussing boys, though Tokine doesn't seem too interested. Mao Shinohara jumps at the chance to insult Tokine, saying that she'll be the first one to get a boyfriend, but then starts to choke on a fish bone while her friends scramble to help. Tokine begins to consider Kirara's words, unaware that a boy is watching her through binoculars at that very moment.

Yoshimori and Madarao are chasing a bone snake Ayakashi, but it's giving them some trouble as it can separate the segments of its body. Gen snatches the Ayakashi before Yoshimori can destroy it, prompting yet another argument. Read More....

Retrieved from "https://illyscorner.fandom.com/wiki/Test5.4?oldid=5684"
Community content is available under CC-BY-SA unless otherwise noted.